A Libertarian Reacts to ‘What’s A Rigged Economy’, from AJ+ 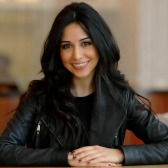 I think Dena Takruri would make a good libertarian.

AJ+ and Now This are the new producers of hip, left-wing minute-news designed for the facebook attention span. It’s a brilliant format from which propagandists of all political stripes could benefit. I don’t really see a whole lot of short, flashy, hip-looking conservative videos ‘splaining the whole one-man, one-woman thing, or how to beat the terrorists with more military boondoggles.

Libertarians have Learn Liberty from the Institute for Humane Studies, but I don’t know if it has quite the same allure. The focus is more on economic theory than current events. Reason.tv produces short videos, but they are often kind of jokey. It’s not quite the same as a sweet, punchy AJ+ video, like the one I saw this morning about our rigged economy. Please watch this video now, and read my libertarian reaction below.  END_OF_DOCUMENT_TOKEN_TO_BE_REPLACED

Links for August 22, 2011: Obama on Medical Marijuana: “Herp derp, uh duuur.”; Krugman and Schiff on the Economic Benefits of Fake Space Alien Attacks; The FDA Protects Us From Cow Pee; others….

Links for Monday, August 15th, 2011: Riots, Spending, Banning Ourselves to Prosperity, others….

Links for November 29, 2010: Raw Milk Raids; Cutting Taxes Is Not a Form of “Spending”; The Impossible Fed Mandate; others….

Links for July 6, 2010: Kagan on Corporate Speech, an Easter Egg in the Health Care Bill, Knocking “Deficit Hawks”, others….

Links for May 31, 2010: Withholding Medical Marijuana from Vets, The 5 Circles of Immigration Hell, Tony Williams on School Choice, others….