When evaluating claims of criminal activity, always look for a victim. 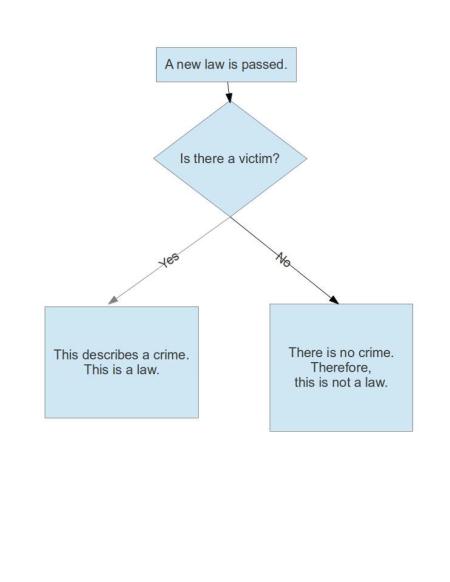 Drug possession and prostitution are well known forms of victimless crime. These are crimes only because they violate the black letter of the written law, not because they produce victims.

A substantial amount of white-collar, corporate crime is also victimless. Progressives who would turn us against corporations and capitalism will often submit for our consideration the large amounts of criminal convictions, fines, and settlements that corporations accumulate. This is to tarnish the corporations’ reputations by portraying them as serial criminals. The same progressives might also suggest that the fines are too low to deter further “corporate crime”. Whenever I hear such allegations, my first demand to learn the identity of at least one victim of the corporations’ actions. Often—not always, but often—no victim is to be found. END_OF_DOCUMENT_TOKEN_TO_BE_REPLACED