Does capitalism exploit workers? ‘Swag man wit a do’ tells it straight up

I caught this video coming down my facebook feed. My good friend Ian from YAL at UVA had reposted it from LearnLiberty.org. It is called Does Capitalism Exploit Workers:

This great video reminds me of my early podcasting days, when I first tuned in to the Ludwig von Mises Institute while cleaning horse stalls at a local stable in the Mt. Airy section of Philadelphia. The lecture I recall specifically was Tom DiLorenzo‘s Labor Market Superstitions, from 2006. Tom explains how employers across the labor market bid up wages until those wages approach value of the labor:

I was further charmed by the response video to Does Capitalism Exploit Workers, which was posted by a gentleman who refers to himself as ‘Swag Man Wit A Do’, if I’ve understood him correctly. Swag man implores us to “put some knowledge in our brains” by watching the video above:

He has a whole channel of similarly witty videos. What are you waiting for? Subscribe to both LearnLiberty and Swag man today! 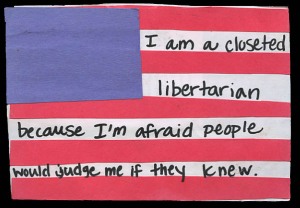